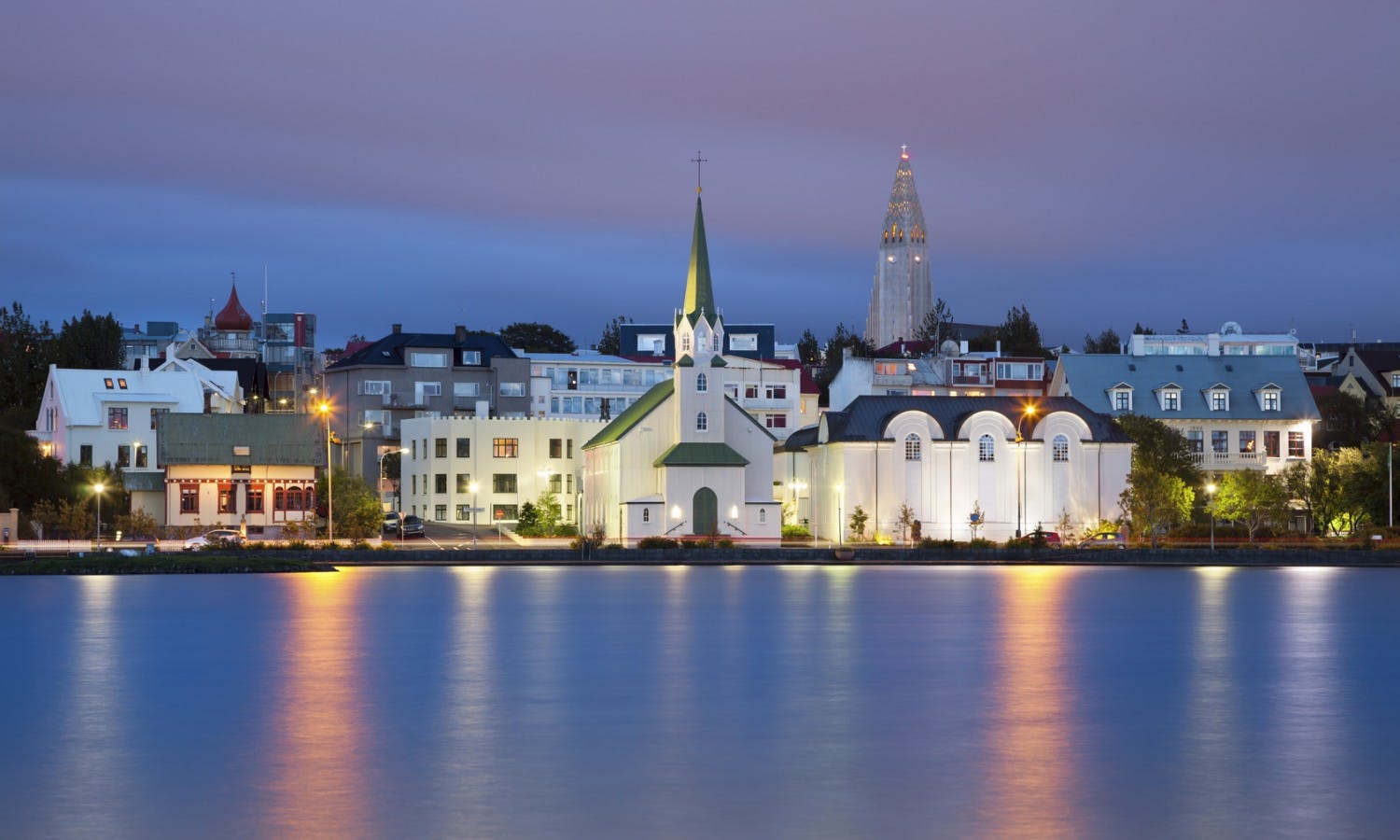 Things to do in Reykjavik

Some inspiration for Reykjavik 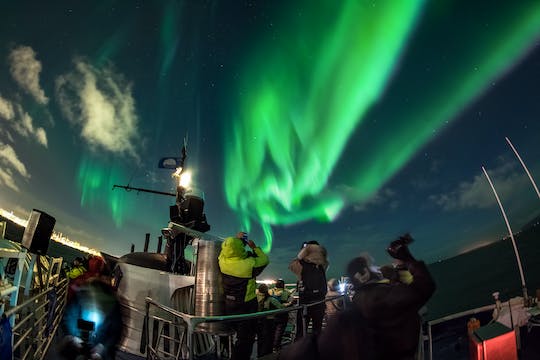 Maximize your chances of viewing the magical northern lights. Enjoy a replacement activity if the tour is postponed due to weather conditions and receive a complimentary ticket for the northern lights boat tour on the next available date. 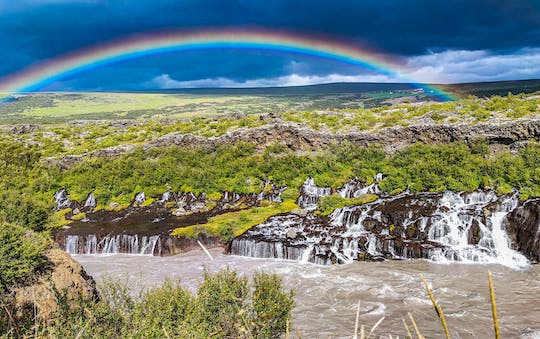 Visit the West of Iceland and take in some of the most breathtaking views in the country. 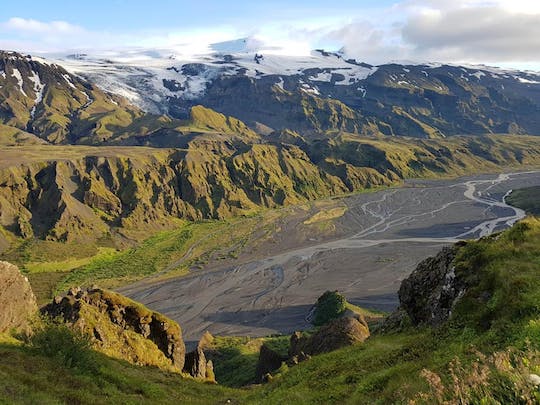 Private tour to a Game of Thrones location in Thorsmork 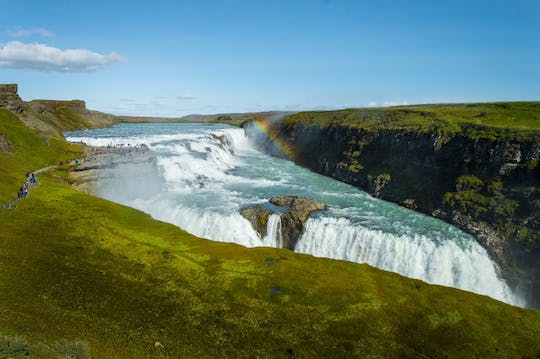 Visit geysers and waterfalls in a private full-day tour Take a walk on the ice side full-day tour

Enjoy this full-day tour doing all the most Icelandic things possible and really enjoying some of the breathtakingly beautiful spots along the South of Iceland.

free cancellation
Duration up to 11 hours
Available in: 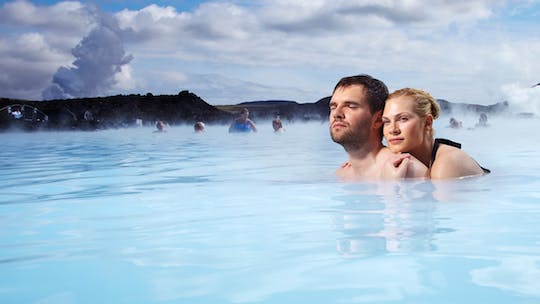 Enjoy a relaxing visit to the Blue Lagoon and then head out into the night to search for Northern Lights.

Duration up to 10 hours
Available in: 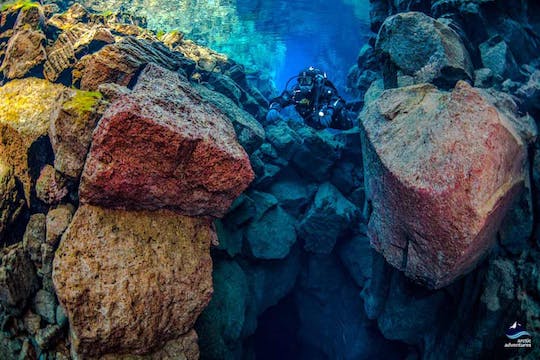 Into the blue snorkeling in Silfra with transfer

Dive into the crystal clear blue waters of the Thingvellir national park and enjoy a once-in-a-lifetime experience snorkeling between two different continents.

free cancellation
Duration up to 5 hours 30 minutes
Available in: 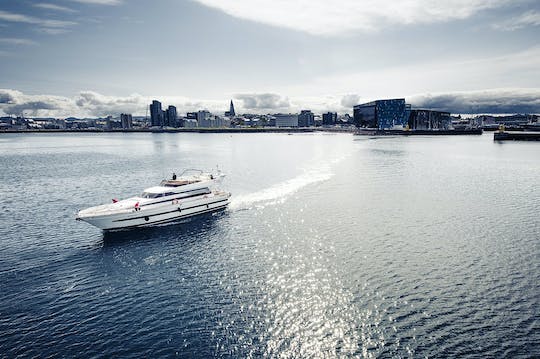 Head out to Faxaflói bay outside of Reykjavik in a luxury yacht and cruise in style to see local wildlife including the Minke and Humpback whales.

free cancellation
Duration from 2 hours 30 minutes to 3 hours
Available in: Visit the Snæfellsnes peninsula in Western Iceland and explore all its natural wonders such as the Snæfellsjökull volcano and the black beach of Djúpalónssandur.

Join this tour which combines a guided visit of the Golden Circle with a self exploration of Reykjavík city using a hop-on hop-off bus. 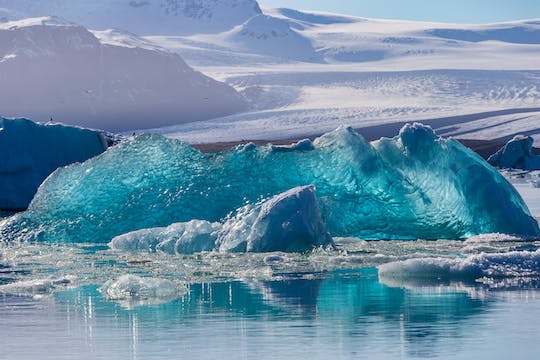 One of the longest tours from the capital but also one of the most recommended, visit the stunning glacial lagoon that is constantly changing and step into what feels like another world with hues of blue and mirror-like reflections.

Things to do in Reykjavik

The world’s most northerly capital, Reykjavik is the beating heart of culture and life for Icelanders. Despite its small size, the cultural spots of a large European capital are not missing. From cafés and restaurants to quirky shops, geothermal pools and museums, the city has it all. And while there are plenty of things to do within the city itself, its location enables easy day trips to Iceland’s most famous attractions and natural wonders, such as the Blue Lagoon and the Golden Circle. Top 6 things to do in Reykjavik 1. Northern Lights The Northern Lights are a truly spectacular natural phenomenon. The dancing colours of the Northern Lights, or Aurora Borealis, are caused by electronically charged particles from the sun entering the earth’s magnetic field. The best time to see them in Iceland is from late August to early April. And although they are sometimes visible from Reykjavik, a professional tour away from the city is recommended to fully appreciate them in all their glory. Options range from 4x4 tours to boat trips. 2. Blue Lagoon Located under an hour’s drive from Reykjavik, the Blue Lagoon is one of Iceland’s most popular attractions. The steamy, milky-blue thermal water nestling a volcanic basin creates an otherworldly setting like no other. Supplied by water used in the nearby Svartsengi geothermal power station, the temperatures average between 37°C and 39°C, making it the perfect temperature to go for a dip at any time of the year. The waters are said to have regenerative qualities because they are rich in silica and sulphur. For the full experience, put on a facemask of silica mud, available at the sides of the pool. 3. Whale watching Reykjavik is one of the best places in Iceland to see whales. Although whale watching tours are offered all year round, the best time for sightings is between April and October. Over 20 species of cetacean are found in the seas around Iceland. While minke whales, humpback whales and the harbour porpoises are the most commonly spotted species, you might be lucky to see white-beaked dolphins, orcas, fin whales and blue whales. Most whale watching trips depart from Reykjavik’s Old Harbour. 4. Explore the city While it’s tempting to fill your holiday with excursions out of the city, Reykjavik has a lot to offer and is definitely worth spending a day or two exploring. The National Museum of Iceland provides an insight into the country’s history and culture, while the Reykjavik Maritime Museum focuses on its naval history. If art is your cup of tea, then you can't miss the National Gallery of Iceland. Landmark buildings shape the skyline of the city, such as the hemispherical structure of the Perlan, the majestic Harpa, reflecting on the water, as well as the dreamy Hallgrímskirkja, a Lutheran parish church, whose design was inspired by volcanic basalt columns. 5. Golden Circle The Golden Circle is a 300km-long route, looping from Reykjavik into the southern uplands and back. The first stop is Thingvellir National Park, best known for its continental divide, where the American and Eurasian tectonic plates meet. Hiking trails and scuba diving in Lake Silfra are popular activities here. Next up is the geothermal area in Haukadalur, which contains the Strokku geysers. You can watch it erupt every 5 to 10 minutes. The final stop is one of the world’s most beautiful waterfalls, Gullfoss. Admire the thundering two-tiered falls from above as they seemingly disappear into the earth. 6. Jökulsárlón The glacial lagoon of Jökulsárlón is situated in the south of Vatnajokull National Park. It formed into a lake when the surrounding glaciers started receding from the edge of the Atlantic. During the summer months, you can get up close and personal with the glaciers by taking a boat tour of the lake, and in the winter, there are ice cave tours. Across from the lake, you’ll find the breathtaking Diamond Beach. A stretch of black volcanic sand, it got its name from the small pieces of glaciers that wash up on the shore creating a diamond-like appearance as they glisten in the sun. Despite being almost five hours’ drive away, there are many day tours which depart from Reykjavik to Jökulsárlón and incorporate a scenic drive along the beautiful south coast.
Read more