Book your TUI Majorca Family Pass and get easy access to some of the best attractions across the island, at a heavily discounted price!

Must see
Must Do

Book your TUI Pass - Majorca Arts & Culture and get easy access to some of the best attractions across the island, at a heavily discounted price! 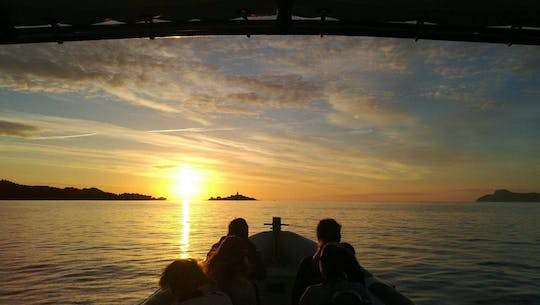 Exploring the sights and sounds of north Majorca just got even more thrilling. Join a speedboat tour that whizzes you across Llevant Natural Park to Ferrutx Cape and Es Caló for snorkelling, and dart from cove to cove on your way to Colónia Sant Pere. 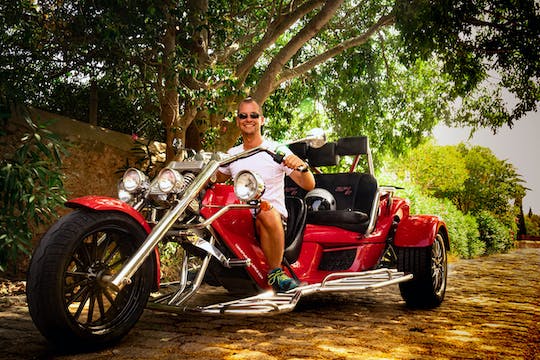 One of the coolest tours in Majorca. You'll absolutely love it – it packs a lot into a day. This two-seater motor trike experience features Palma Cathedral, Illetes and Puerto Portals marina. There's also snorkelling at a hidden lagoon in Paguera, a stop at Port d'Andratx and lunch in the picturesque Tramuntana mountain village of Es Capdella. 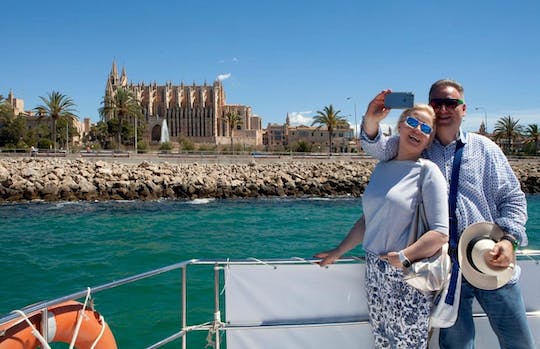 One of the most elegant skylines in the Mediterranean is the backdrop for this one-hour boat trip in Palma Bay. You'll enjoy a different perspective on landmarks such as La Seu Cathedral, the Almudaina Palace, Bellver Castle, Porto Pí Naval Base, San Carlos Castle and more. Plus, you'll also get front-row views of world-class yachts. 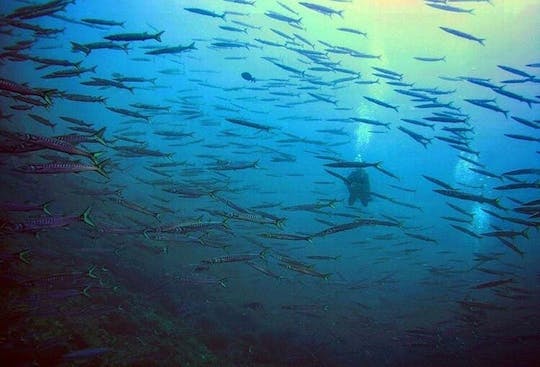 If you've tried scuba diving before and want to take things to the next level, then an open water dive is just the ticket. With this three-hour experience, you'll be paired up with a partner that suits your skills and head out by boat to one of Majorca's top dive sites. Then, slip on your fins ready for an undersea safari in the Mediterranean. 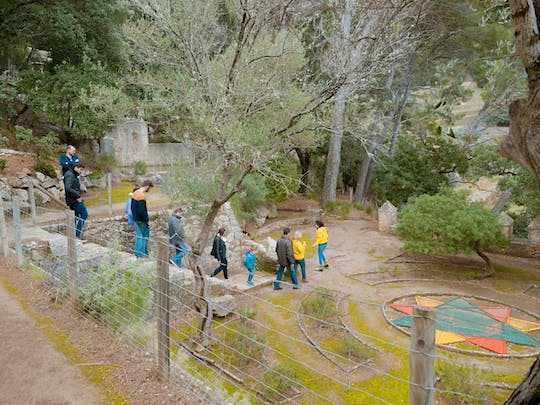 An interactive way to tour Majorca's UNESCO-listed Tramuntana Mountains in your own car. Driveando is a new concept featuring a portable communication system in your vehicle. Get the lowdown from your guide during a 100km-route taking in Valldemossa Hermitage, Miramar Monastery and a Soller olive press. A VIP option with driver is also available. 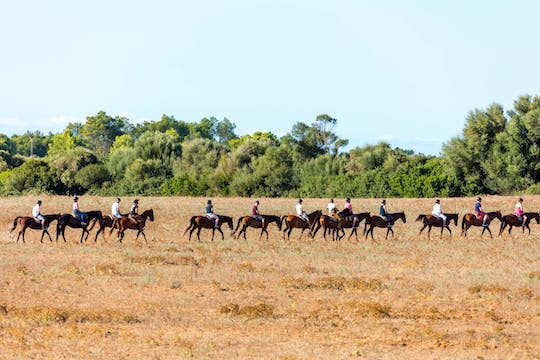 Fancy getting close to nature in Majorca? Then this activity ticks all the boxes. You'll explore different landscapes from the vantage point of a horse from the famous Rancho Grande. Enjoy a two-hour ride, with a huge expanse to explore and even a mini-zoo to visit. Morning or afternoon options with or without transfer are available. 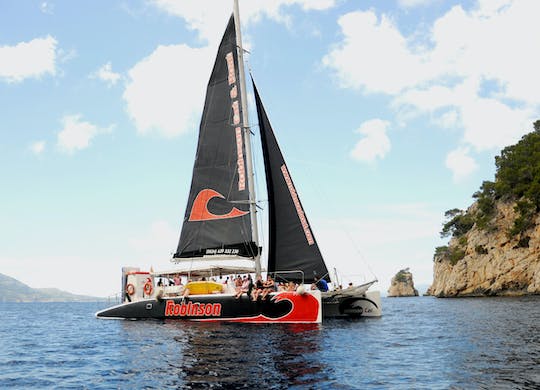 Robinson Catamaran Trip with Transport from the North of Mallorca

The rugged coastline of northern Majorca is best explored by sea – so what better way than with a half-day catamaran cruise. You'll see beautiful coastline, pass pretty beaches and hidden coves. There's plenty of time to relax in the sun alongside lots of stops for swimming and a buffet lunch on deck. 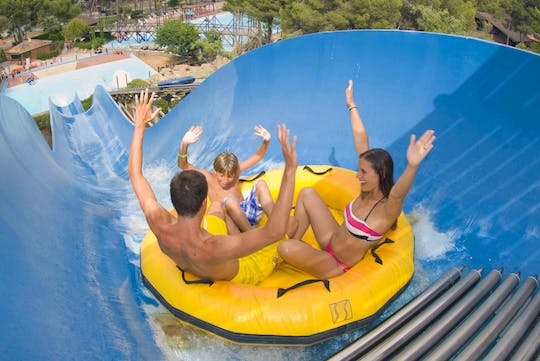 This state-of-the-art waterpark is one of those rare days out – an equal amount fun for both adults and kids. Experience the watery thrills of Aqualand El Arenal, with transfers and entrance to the park. There's also a great PLUS pack option making the perfect fun-filled family day out. 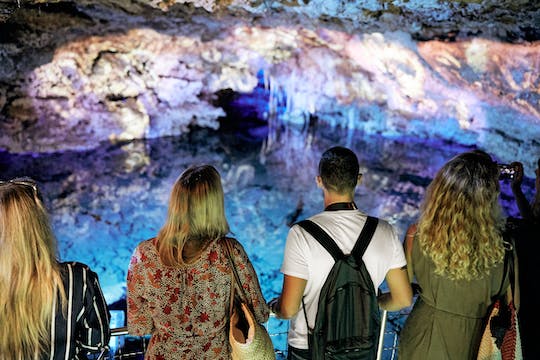 Mountains, cliffs, and vast fields – the Serra de Llevant range in the east of the island has much to offer. Discover authentic farms, ancient towns, a weekly country market and dramatic caves in one great day.

Majorca is the Med’s most visited island for a reason. From lazing on Caribbean-like beaches to wandering around walled medieval towns and drives along dramatic coastal roads, there’s a superb choice of things to do. In the north, you’ll be charmed by the towns of Alcudia and Pollença, while in the west, Valldemosa, Deià and Sóller have the wow factor. And its capital, Palma, treasures an old town of medieval alleys, crowned by a waterfront Gothic cathedral. Plus, there are plenty world-class water activities on offer. Top six things to do in Majorca 1. Explore the west The west is best for jaw-dropping scenery and picture-postcard mountain villages. It’s also home to the island’s hardest-to-reach beach. And they’re all bang in the middle the Serra de Tramuntana UNESCO World Heritage Site. Valldemossa village – with its Carthusian monastery royal palace and plant-lined alleys – Deià and Sóller are must-sees. The latter is the hub for a romantic train that zigzags through the mountains in wooden carriages. From its nearby port, reached by a wooden tram, you can catch a boat to Sa Calobra beach, which is sheltered by cliffs at the end of a gorge. 2. Visit the north Alcudia and Pollença in the north of the island are two of Majorca’s prettiest towns – and only 20 minutes’ drive apart. What’s more, they are within striking distance of Cape Formentor, a peninsula of jagged cliffs and secret coves as well as a solitary beach – a spectacular crescent-shaped pin-fringed strand. Alcudia is best explored by walking along the top of its medieval walls while Pollença can be admired by climbing the cypress-lined 365 steps to the hilltop Calvari chapel. 3. Admire Palma Cathedral It’s hard to miss Palma’s top sight and attraction. The vast, gold-hued Gothic La Seu cathedral towers over the city’s waterfront. It’s the centrepiece of an old town still partly protected by walkable medieval walls. All alleys lead to the cathedral. Another Gothic masterpiece worth checking out is the Llotja guildhall. In between, there are bars, restaurants and cafés for all tastes – ensaïmada, the local favourite pastry goes down a treat with a coffee. You will also find boutiques selling everything from local fishermen’s shoes to designer handbags. 4. Adventures on water If water’s involved, you’ll find it in Majorca. For family fun and frolics, there are two waterparks – the themed Western Water Park in Magalluf and Aqualand in s’Arenal. Another popular option is a catamaran trip. While Palma Aquarium and Marineland allow you to see sharks, jellyfish and more up close. All are usually available with hotel pick-up and drop off. 5. The show must go onMajorca knows how to throw a party when the sun goes down. One of the most popular shows is Pirates Adventure, in which Olympic and World Champion gymnasts put on a fiery display of swashbuckling swordplay. It’s a blockbuster. Also in demand is House of Son Amar, a traditional Majorcan farmhouse that’s been transformed into a venue hosting a dazzling extravaganza of dancing, singing and aerobatics. 6. Saddle up at Rancho Grande Rancho Grande is a family favourite for a traditional look at rural Majorca. The island’s largest working horse ranch offers a choice of horsey options, whether it’s a sunset ride or a countryside wagon trail. There’s also a mini zoo for the kids. After the action, live music and a barbecue see the visit out in a party atmosphere.
Read more